I’m going to admit one of my biggest sources of frustration as an artist: the balance between creating work and promoting it.

Some artists appear to only care about creating work and delegate all responsibilities of promoting themselves and their work to others (agents, managers, publicists, publishers, distributors, etc). And I really envy those artists, even if I’m sure it’s an illusion that they are free from the responsibilities of promoting their work. After all, even if you delegate to a publicist, you still have to pay the publicist. 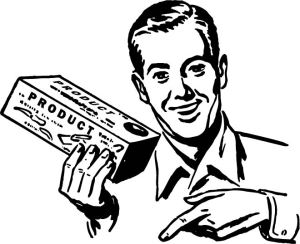 Nonetheless, very established artists do seem more free from the idea of having to “sell yourself” to get through the door. Which – in my mind – frees up their energy to focus even more on creative pursuits, sharpening their skills as artists. On the other hand, the unestablished artist must spend a fair amount of time on promotion, taking away valuable time for creating and enhancing your work. Most unestablished artists can’t afford to hire someone to shoulder these responsibilities, either. And the work is all the more difficult because promoting a known quantity is far easier than promoting a new artist, even for a skilled publicist. So the promotional aspect is not only more for the unestablished artist in terms of doing the work herself, it’s also more challenging work with fewer results. It’s easy to feel both overworked and perpetually behind. In my case, fears abound that I’ll never catch up to my more established counterparts. The flip side of that fear is the scary notion that I might be a phony for spending too much time promoting work at the expense of investing time and resources into creating better work. And the fear underlying both is the ole, “Well, perhaps they are just better artists than you are and that’s why success comes easy to them.”

I’ve asked myself this question a lot and the answer seems to be the very unmagical response of, “Keep creating work and keep promoting said work to the best of your ability.”

Sometimes, I add to that, “Shame for not having financial success as an artist is not productive or even an indicator of long-term success.” Many artists who were popular in their time are now long-forgotten Emperors in New Clothes. And many unheralded artists rose significantly in their fields well into their old age or even after death. This knowledge is difficult, but freeing and brings up a challenging but pertinent silver lining. When you feel badly about yourself for not being as established as you want to be, remember the strategic benefits of your position as well. The unestablished artist may have more work and harder work to do, but at least he is free in a different way, free from the hubris that seems a byproduct of conventional success. Hubris can blind one to the truth of oneself and the culture at large. Conventional success almost certainly is isolating while struggle forces a confrontation with the self and others.

I don’t think it’s prudent for unestablished artists not to use social media and conventional networking to forward their career. I sometimes feel that more established artists are looking down on me for doing so, but I really try not to care anymore. I was recently told by a well-established sales agent that my art film could secure a meeting with a major distributor if I could prove we have 100,000 social media followers regularly tuned in. It may not be my favorite to build up those kinds of numbers, but if it helps me make the films I love and return capital to the brave investors who believe in them, I’ll build that online audience. And if somebody important at some prestigious institution snickers at me for it, oh well. Building a social media following is just too important to ignore, even if it’s out of my comfort zone.

That being said, at the end of the day, as artists, we must be willing to sacrifice self-promotion for the sake of the work. Just this past month, I missed almost all my self-imposed deadlines for writing blog posts right here at insideoutthefilm.com. That’s because I’ve been rewriting the film. And I had to prioritize that. I just didn’t have the energy for both and I had to choose. Rightly, I chose “the work” not promoting the work. Now, I’m shotlisting. I shotlist at least one scene every day, come hell or high water. If it’s between shotlisting and a tweet, I choose the shotlist. But that doesn’t mean I’m not going to have a presence on Twitter and Instagram and work on building that up, too.

If anyone has ideas on this subject or practical suggestions for how artists can manage the balance between selling and creative work, please leave your comments below.

2 thoughts on “Selling vs. The Work”