On the spur of the moment, I decided to attend the four-day Digital Entertainment Hollywood event at the scenic Ritz Carlton hotel in Marina del Rey. Good call. Met a ton of cool hyphenates as well as some movers and shakers in the world of transmedia and multi-platform entertainment (note: it’s no longer new media for those who’re keeping score.). I’m still digesting what I learned and how it applies to an indie feature film, but one thing is certain – the emergence of new technologies, platforms and power distributors is changing the landscape of film.  Here’s some of what I learned.

1. Once convergence happens, some will win and some will lose. The sentiment among Digital Entertainment Hollywood is that a convergence of television and Internet-based entertainment is going to happen. So just how powerful could the 97 companies given “premium” channels on YouTube turn out to be? Good question, but they’re certainly, at minimum, in a great position to take advantage. So growing your following on YouTube, Vimeo and whatever platforms you believe in could be a huge, worthwhile investment in your future as a filmmaker. Imagine if your subscribers can eventually flip to your custom channel just like they flip to NBC. Better build that following right now before others beat you to it.

television. Whether it’s an iPhone, iPad or other smart phone, the big boys are already making content to capture viewers in both places – at once (think “Walking Dead”). If you have content available on a secondary device, you might just keep your viewer’s attention (albeit split over two devices) rather than losing them to Facebook, their texts or whatever else they’re doing. As an indie filmmaker, it means re-thinking that bonus DVD footage to something that might be consumed on a secondary device while they watch your movie. So don’t just create DVD bonus extras, create character breakdowns or photo artwork that adds to the experience of watching the film.

3. Different demographics use the same technology differently. Some content or app creators fall into the trap of simply designing something for the iPad. Well, teenage girls use the iPad very different than senior citizens (many of whom do actually own iPads). So it’s important to think in terms of the demographic, not just the device.

4. When you’re on a panel, keep in mind to warn people when you show explicit content. Okay, so this has more to do with social skills than transmedia, but I got pretty annoyed at one of the panelists when a video game developer showed their 3D video game complete with U.S. soldiers getting shot and dying in what looked like a desert war zone. Now, how could the panelist know that I have a brother serving in Afghanistan right now? But still…if you have content that some might find objectionable or disturbing, you need to warn them before you play it. While I realize that video games are huge, not all of us are prepared to see that sort of violence without a warning.

6. Putting yourself out there is hard work and the results aren’t always immediate. I must’ve pitched my webseries “Dumbass Filmmakers!” more than a hundred times at the conference and, sure, it would’ve been nice to find an awesome

distributor, agent or manager. However, knowing that I’m also building “Inside-Out, Outside-In” and am in the game as an actor-filmmaker for LIFE (sounds like a prison sentence), I tried to take the long view. There’s no need to annoy people with a hard sell now. Hopefully, these are folks that will get to know Fatelink and my work over many years and now I at least have an excuse to contact them with updates and they’ll look a little more familiar at the next conference.

7. Never follow-up with someone without spending 10 minutes on their website. I met an awesome guy at the conference and exchanged cards. I was excited to see him again and dashed off an email, making a joke about how he understood Chinese (his card included traditional Chinese characters).  Guess what? It was Japanese.  Totally embarrassing.  Luckily he forgave me, but a little digging on my part could’ve prevented the mishap.

8. It’s about attracting the Never-Used’s.  There are a lot of savvy transmedia people who’ve cancelled their cable subscription and rely mainly on the Internet for television (myself included), so we tend to think the whole world is trending that way. According to the first panel I attended, that’s just not the case. Many people who cancelled cable did so out of financial pressures and probably will resume their subscriptions as their economic fortunes improve. That’s not good for Internet TV producers. However, there’s a silver lining. Some young people getting out of college have struck out on their own and never used cable at all, at least in terms of paying for it themselves. So these groups will be much harder customers for cable to win over. If Internet TV producers can capture this demographic, that’s some serious leverage going forward.

9. What is metadata and how does it apply to the Web shows?  Metadata is data about data. If you do subscribe to cable or IMDb, you may notice that some systems can recommend programming for you based on your previous selections or ratings. They also provide information about the director, actors, etc. The biggest gatherer of metadata for the entertainment business is Tribune Media Services and guess what? According to one of their executives, they’re developing a prototype to gather metadata about online shows and entertainment. I spoke with one of the executive there and she said they’re just trying to figure out where the threshold should be in terms of which shows and actors to track. They only want the most meaningful data, not clutter. Being listed in the metadata of Tribune Media Services is powerful, so I’m curious how many transmedia players they’ll end up tracking.

10. Whenever you go to a conference at a hotel, bring a banana and stop by Starbuck’s right before you arrive.  Seriously. The hotel charges a fortune for stuff like that. 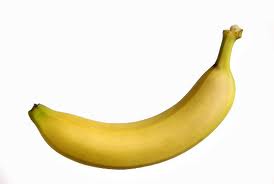